Exploring the fascinating world of make-up with Gi Picco’s

Cosmoprof, the leading Italian tradeshow for the cosmetics industry and professional beauty operators, was held a few days ago in Bologna.
The Amapola agency was there too, at the side of Gi Picco’s, one of Italy’s leading producers of cosmetics and decorative make-up, which this year celebrates its 50th anniversary.
The Gi Picco’s offices, R&D department and 4,500 sq.m production facility are located twelve km from Milan, the heart of “Made in Italy”. The company’s industry knowhow is unparalleled, with an infinite number of formulations and a huge range of shapes, designs and colours.
This was the distinguishing characteristic to be highlighted at the tradeshow and the brief for the services provided by Amapola. 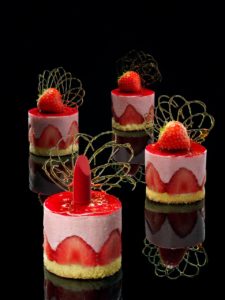 Our first project for Gi Picco’s was a full restyling of the company website, gipiccos.it, with new graphics and content.
The portal now proudly presents the Gi Picco’s story, the innovation focus of its R&D team, its success and its products, where the company puts to itself to the test on a daily basis in its relations with top-level international buyers.
Powders, foundations, lipsticks, mascaras and bronzers are the elements of a visual narration based on an original photoshoot, where the self-gratification that make-up offers is associated with the sensation of well-being and pleasure we derive from food.
Looking after oneself is a way to build self-esteem, it is satisfying and makes us feel good. Just like eating a delicious cake does.
The website is in Italian and English, since the company exports 90{f94e4705dd4b92c5eea9efac2f517841c0e94ef186bd3a34efec40b3a1787622} of its products around the world and takes part in the leading international tradeshows.

Gi Picco’s cosmetics come to life, in all their unique materiality, in a video designed and produced by Amapola that explores a fascinating and often little-known world. The video, entitled “Emotions”, is a powerful journey through the materials and values that inspire Gi Picco’s: passion, a capacity for innovation, a vocation for creativity, narrated by a voice-over accompanying the viewer as he or she discovers “Italian taste”.

For Cosmoprof, Amapola helped Gi Picco’s enhance its stand with a sort of photo gallery of large-format reproductions of the photos taken for the website. A large sign was installed above the stand, proclaiming the company payoff “L’idea diventa colore”.
Monitors around the stand ran the “Emotions” video, attracting great interest among visitors.
Finally, to celebrate the company’s 50th anniversary, Amapola produced an exclusive gift book with a series of prints from the photo shoot. The book, accompanied by specially designed lettering, was greatly appreciated by clients. 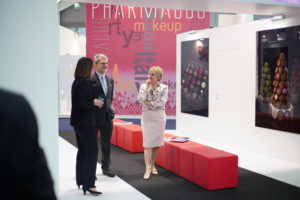 During the days we spent at the tradeshow with Gi Picco’s, we discovered an interesting fact: the company founder, Salvatore Inguaggiato, is the only person who has attended every edition of Cosmoprof, which this year celebrated its 50th anniversary, just like Gi Picco’s itself.

The global Gi Picco’s project was coordinated by Stefano Belviglieri.
The photographs were taken by Giorgio Cravero (StudioBlu 2.0), one of today’s best-known and most innovative still life photographers, winner of the Hasselblad Masters Awards 2016 in the “Product” category.
Paolo Gallo created the texts for the book and the video.
Enzo Carena handled the graphics project and the paging of the book.
MakeNoize Studio shot the “Emotions” video and created the original effects.

We use cookies to ensure that we give you the best experience on our website. If you continue to use this site we will assume that you are happy with it.Ok